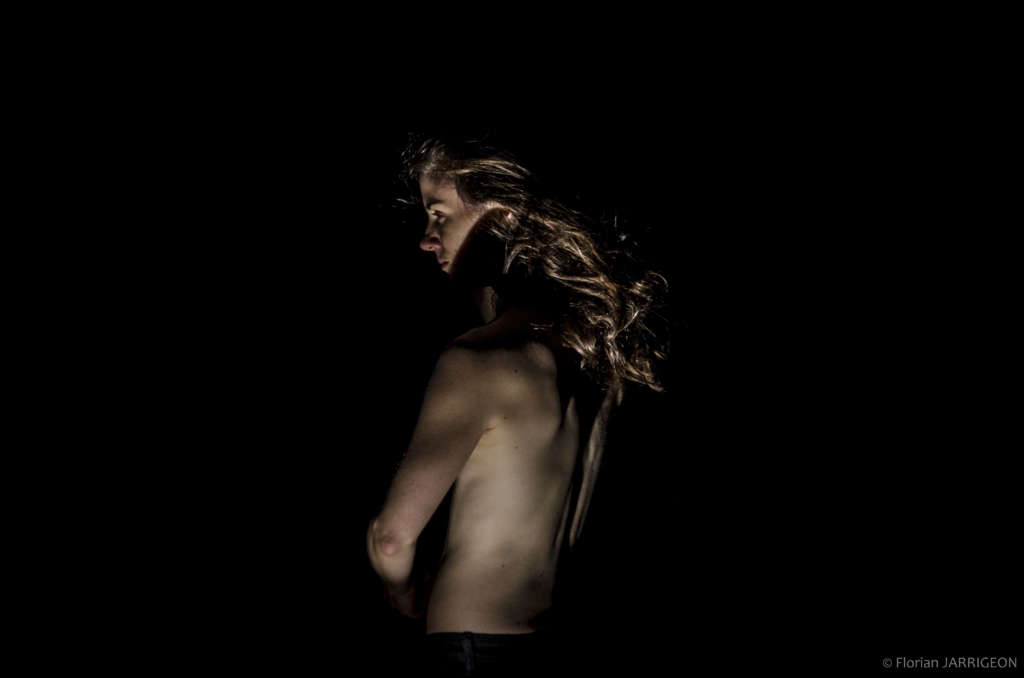 « What would happen if you put a ladder in the body and climbed down to the bottom? » Tatsumi Hijikata

Here the body faces its own opacity, grappling with this raw, infinite matter, which watches over each of us and escapes any organizing seizure.
One perceives little by little the contours of a motionless body, whose light approaches, in the heart of a great darkness. In a hypnotic movement, a dance emerges where nothing clings, nothing asserts itself, revealing various strata, between surface and depth, visible and invisible, form and formlessness. Eaten by shadows, or on the contrary surrounded by a blinding white light, immersed in a haunting and tense soundscape, the body is caught between opposing forces - a struggle between Eros and Thanatos, between desire and fear. In a small, concentrated space, the body evolves with no other support than its own matter. It allows itself to be crossed by its Night - those things in ourselves that we do not know.

One Night Or Another :
Back to the darkness, to the depths where identity is lost. Hélène Rocheteau's solo is set in the shadows. With a quotation from Hijikata, the dance evokes butô more in its preoccupations than in its form, in the attention that surrenders to what can emerge from the dark and pass through individuality, to the uncontrolled. Sound and light blur the landmarks, the gestures as well. Music is abrasive, the original material. Black, the solo goes to the essential.