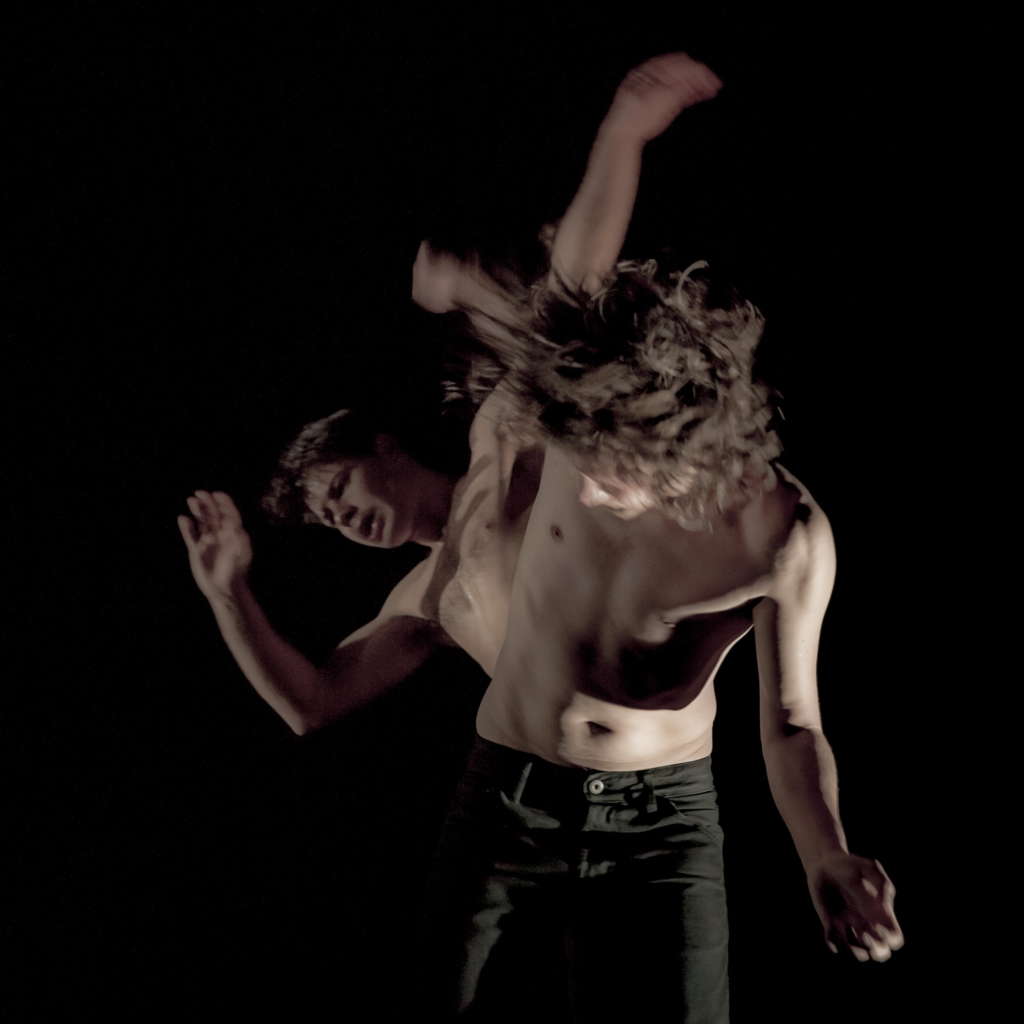 Any visible thing can have a hidden double, and here, through two presences and a whole set of perceptions, it is about questioning duality. "The other" as a raw, savage being who would stand behind us and escape any attempt to bring him into a system whose aim is to reduce chaos. Exacerbated presence. Shadow that emancipates itself from its owner, « that escapes from the body like an animal that we shelter » (F. Bacon).
The piece opens with two presences that are barely visible, which start to move in an uninterrupted hand-to-hand combat, as if in search of a single entity. Carried by a repetitive, hypnotic music, the bodies become transfixed, exultant. Through exhaustion they allow themselves to be traversed, and thus embody, through a continuous outpouring of what inhabits them and can no longer contain themselves, all the possibilities of the relationship with "the other". Obscure, enigmatic, universal, archaic images emerge from these vibrating bodies.